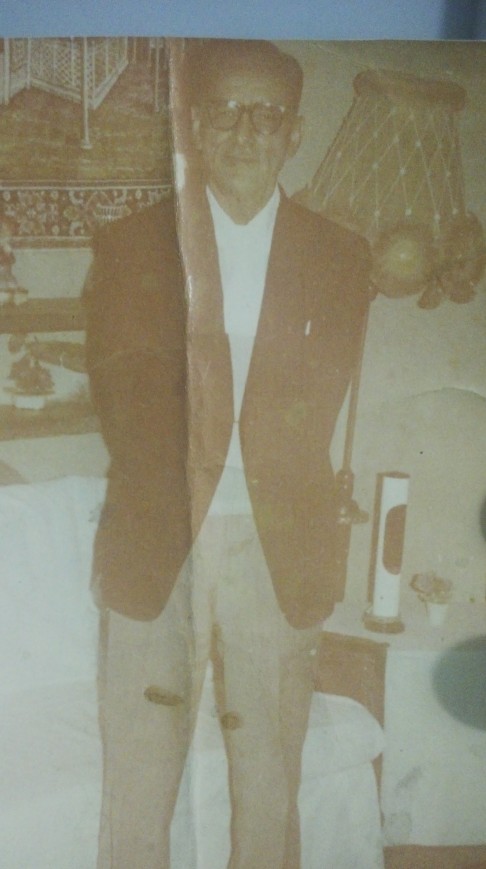 We all are born with some sort of objective in this world, live and die after attaining them successfully or fail to. Many are remembered after their death each year or so due to well written articles about them in newspapers, advertisements by their family members to commorate and show love, prayers by their forth coming generations on the day of their death each year as well as there are numerous personalities who got some sort of fame and recognition either they were fore framed well by others or got it due to their good luck and are remembered forever. Whereas, many remain behind curtains even if there efforts & role should have been recognized.

Syed Muhammad Ali Naqvi was born in 1921 at Samana City (Before Independence, Samana was a part of Patiala Kingdom (PEPSU). Now it is a part of Patiala District of Punjab (India). He belonged to a religious and well educated family. His father “Syed Ali” was an educationalist (Superintendent at Education Dept. of Patiala Kingdom (PEPSU)). Syed Muhammad Ali Naqvi completed his Masters in Arabic (M.A Degree) and a Law degree (LL.B) from  Muslim University Aligarh (U.P) currently in India. He was selected and worked as Inspector for Police of Patayala State during 1943 to 1947 and as a Public Prosecutor of Government of Pakistan from 1949 till 1973.

After retirement from the position of Public Prosecutor, he practised privately till early eighties. He died on 20 Feb, 1991 and buried at Zubaida Park graveyard behind Multan Road, Lahore. His personality was extremely impressive, an athlete, a cricketer and got the height of above 6 feet. He started playing cricket in Indian Cricket Team during late twenties (1934 onward) and was an all round cricketer, medium fast bowler as well as a good batsman. He was a companion and a good friend of Lala Amar Nath (a renowned batsman & Captain) of Indian Cricket Team and they both played cricket together till the India-Pakistan Independence of 1947. Lala Amar Nath had always visited his home with his two sons whenever he came to Pakistan after 1947. Syed Muhammad Ali Naqvi won several matches for his team represented mostly Muslim teams (Aligarh Muslim University) in India. After creation of India & Pakistan, he played domestic matches for several years at Pakistan. I remember his winning cups during domestic matches played in Pakistan after 1947 which were uncountable in number, of all size placed in the cupboard of his house. As a public prosecutor, he served his tenure in different cities of Punjab such as in Sargodah, Mianwali, Attock, Faisalabad, Jehlum. Once, he was offered to become a Judge of Sindh High Court which he refused to accept. He never accepted bribe and served his job with honesty and integrity. His Urdu & English writing was amazingly beautiful , got the best voice and used to read Noha/Marsia on the Moharram Days along with his father.

My name is Azfar Abbas I am an MPA, a Development Sector Consultant & Operations Management Specialist. Worked with the IBRD (The World Bank), PIFD and international organizations. A Lahoree by birth, Taurian by Star, music freak, a writter, singer and a food lover from Lahore, Pakistan
View all posts by ***** Azfar Abbas ***** →
This entry was posted in Uncategorized. Bookmark the permalink.